A RUSSIAN industrialist’s monstrous £360m superyacht with masts taller than Big Ben has docked in the south of France. 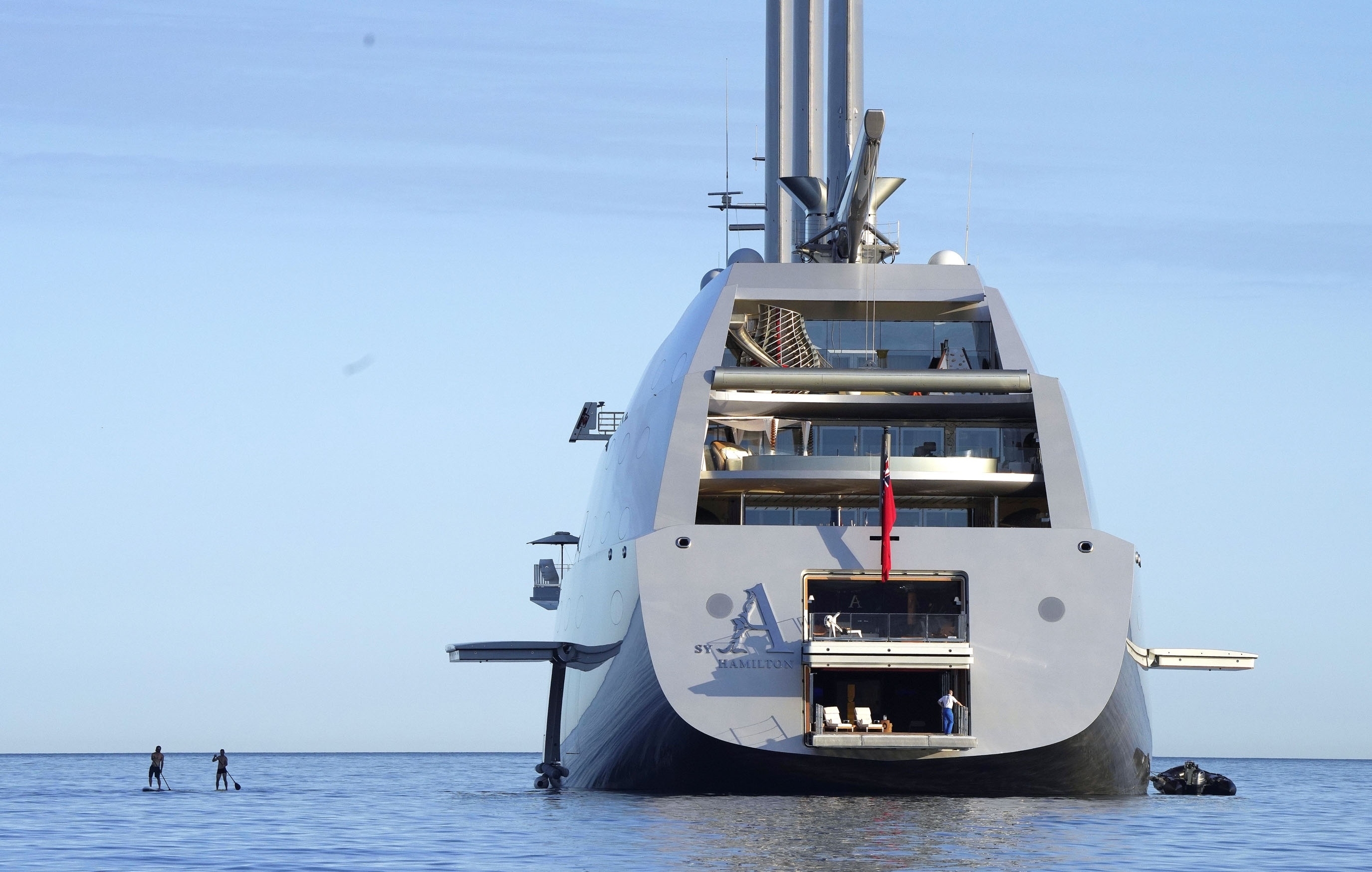 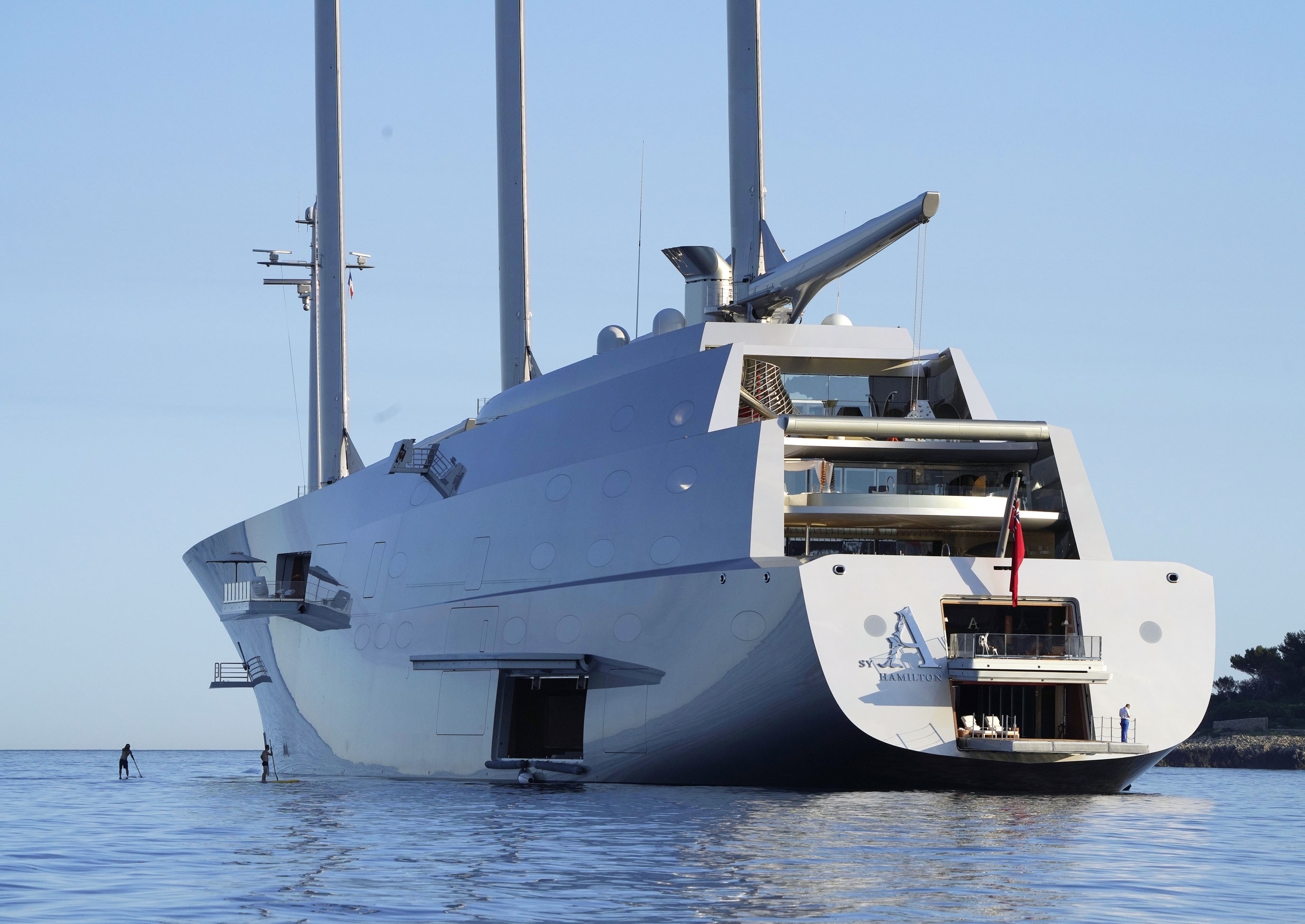 Up to 20 lucky guests can be accommodated on the mega-boatCredit: BackGrid

The impressive vessel, which comes complete with eight decks and masts that are almost 330ft tall, is the ninth largest yacht in the world and took four years to build.

The luxury yacht features multiple dining rooms and several balconies which stylishly open up on the side of the hull.

The yacht is powered by a “hybrid diesel-electric package with controllable pitch propellers”.

Up to 20 lucky guests can be accommodated on the mega-boat, hosted by a crew of 54, according to reports.

It also has free-floating spiral staircases and three masts that are taller than Big Ben and stretch up from the extraordinary wedge-shaped boat hull.

One of the masts is accessible from the inside, but the crew don’t need to climb them – the boat’s sails unfurl at the touch of a button.

The masts are technical masterpieces, and can rotate to make the most of the wind when out at sea.

The boat was also designed with bomb-proof glass windows and an owner’s cabin which is larger than most apartments in London or New York.

The high-gloss ship is able to whir across the waves at speeds of up to 20.8knots (24mph).

The ship also boasts a garage fit for four vehicles and a submarine, as well as a helipad on the bow.

Melnichenko named his superyacht Sailing Yacht A because in order for the vessel to be listed first in shipping registers.

The total sail area is equal to that of half a football pitch, with two double-decker buses able to be hung from the masts.

TO CATCH A CHEAT

The spellbinding yet tragic life of Marilyn Monroe

The Russian billionaire is notorious for his extravagant lifestyle.

Alongside his two astonishing superyachts, the billionaire owns a customised Boeing 737 private jet, a villa in the French Riviera, a penthouse in New York and an estate near Ascot, England.

He married his model wife Aleksandra in an opulent ceremony in the South of France with singers Whitney Houston and Christina Aguilera leading the after-party.

Melnichenko, 48, is also the father of a son and daughter and has an estimated net worth of around $15.1 billion, making him the 9th richest person in Russia and the 96th wealthiest person in the world.

He is an industrialist, he owns majority stakes in fertilizer producer EuroChem and coal energy company SUEK. 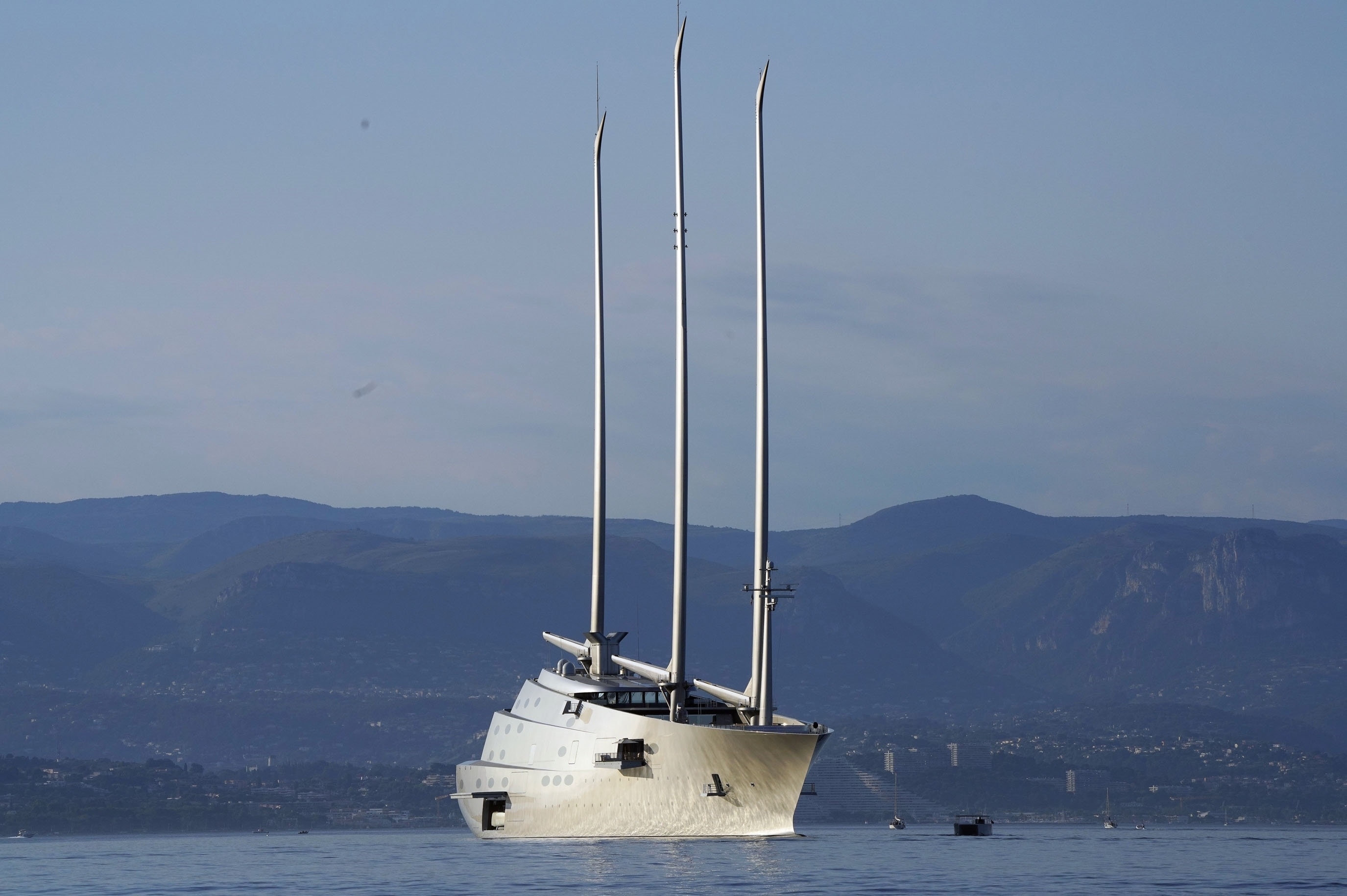 The boat was also designed with bomb-proof glass windowsCredit: BackGrid 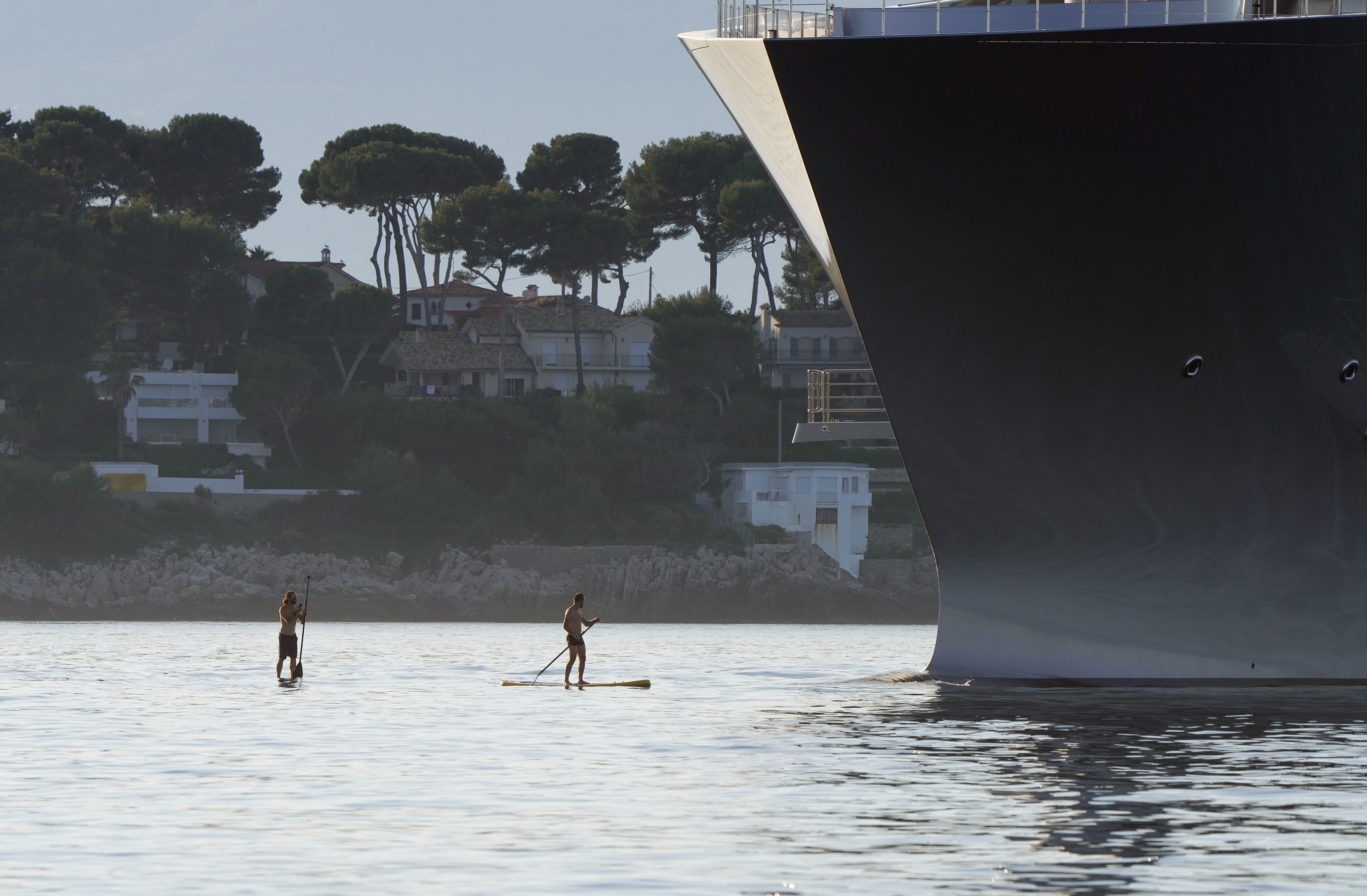 Two paddle boarders glide by and give an idea of the sheer enormity of the shipCredit: BackGrid 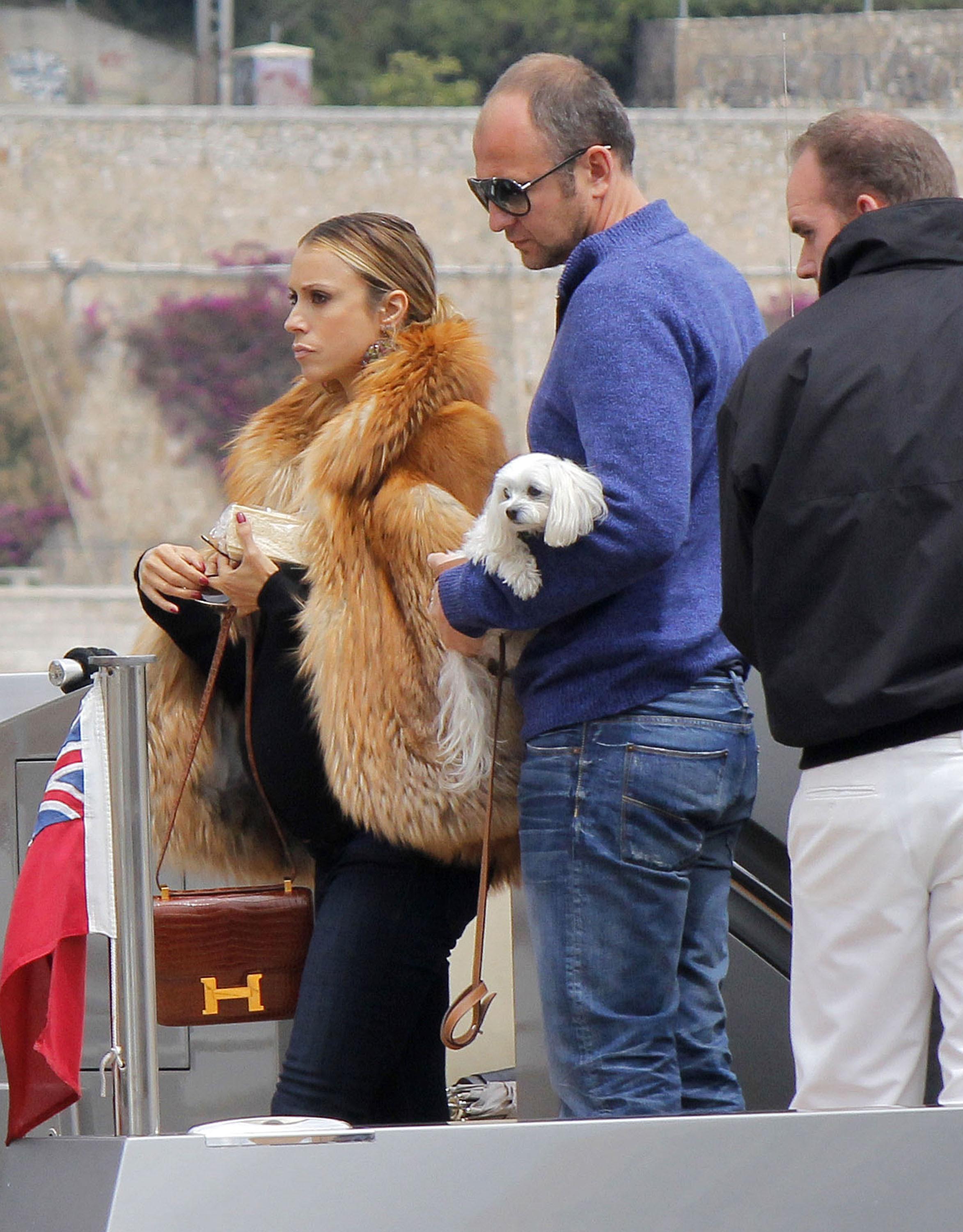 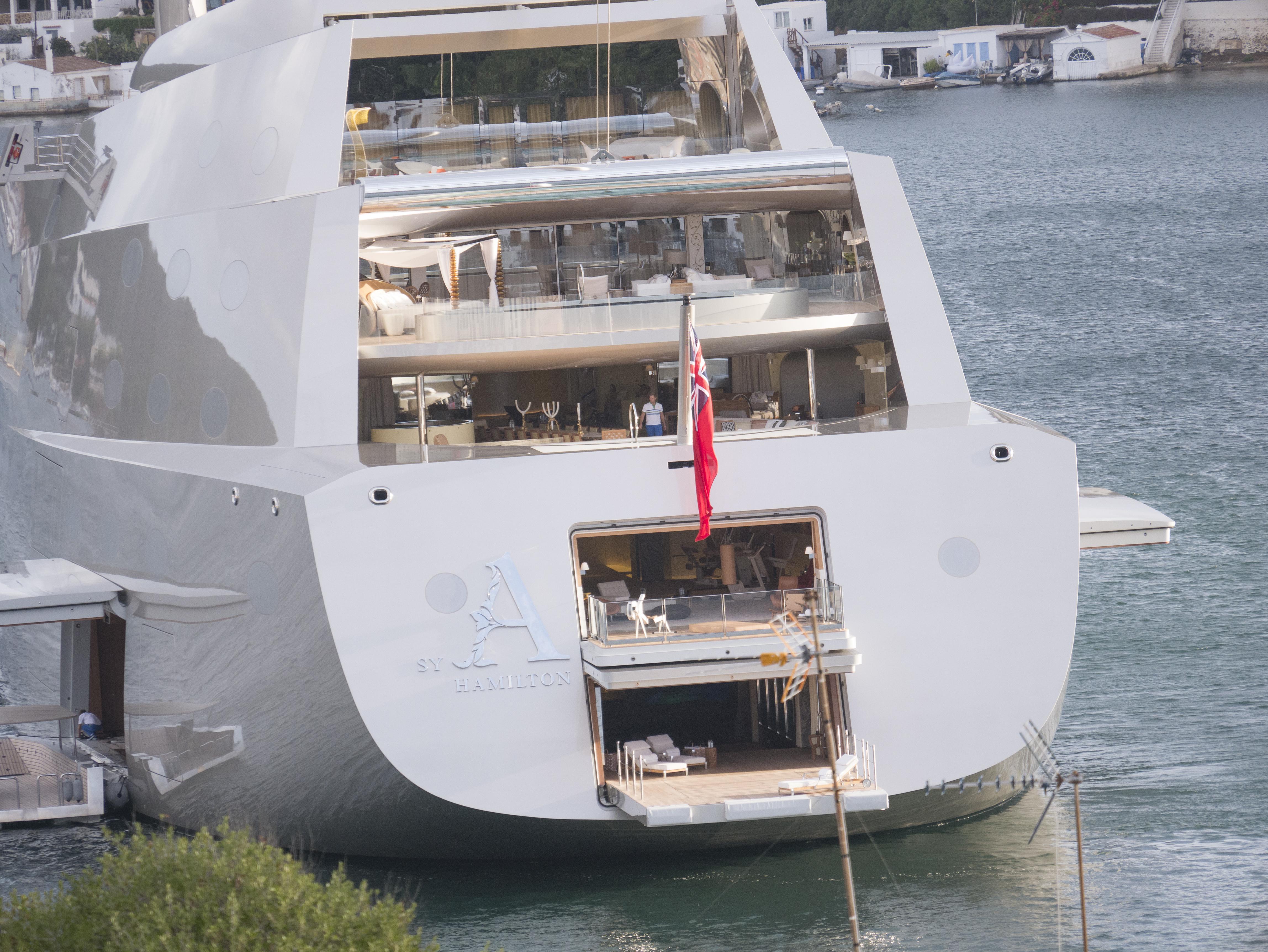 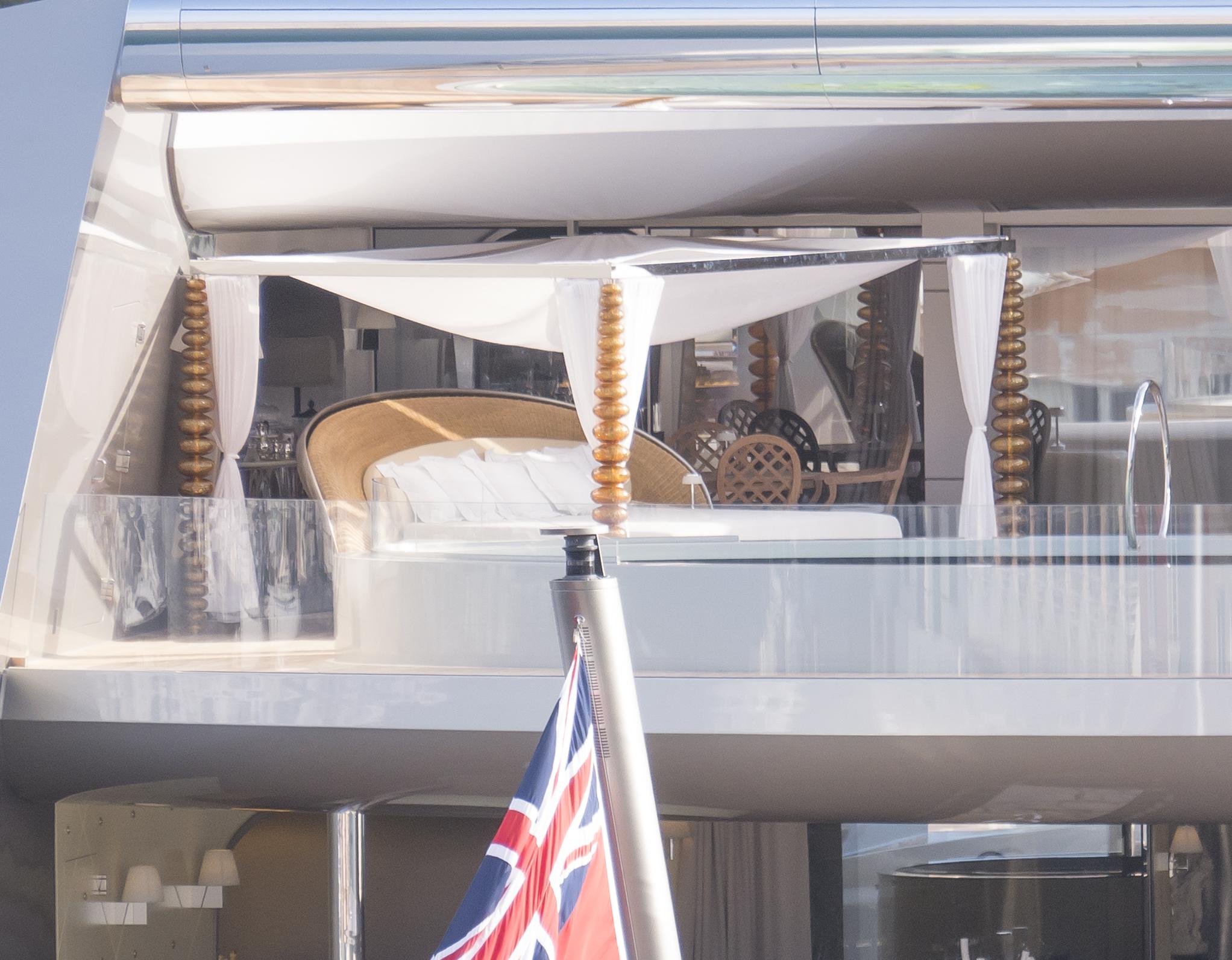 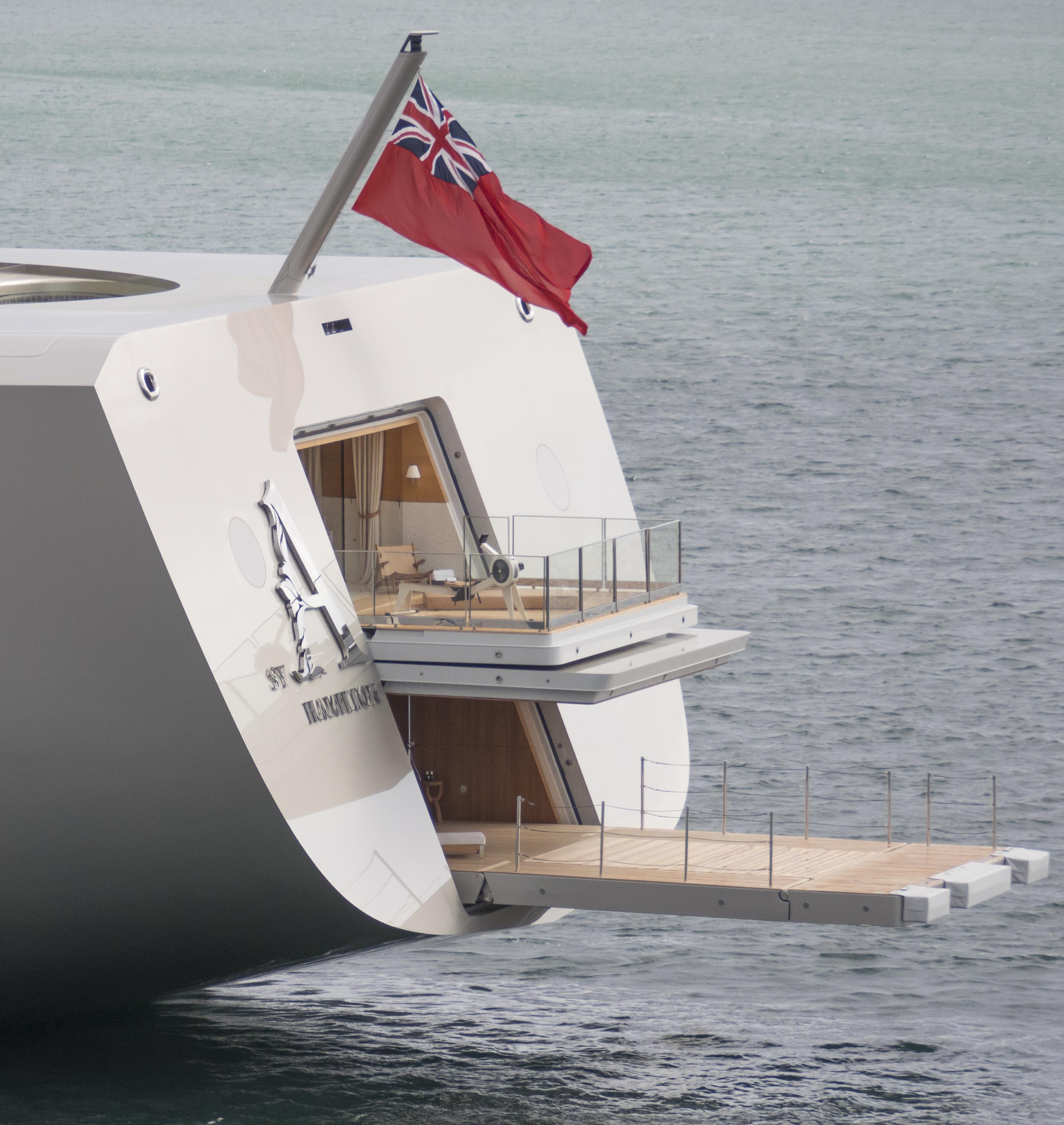 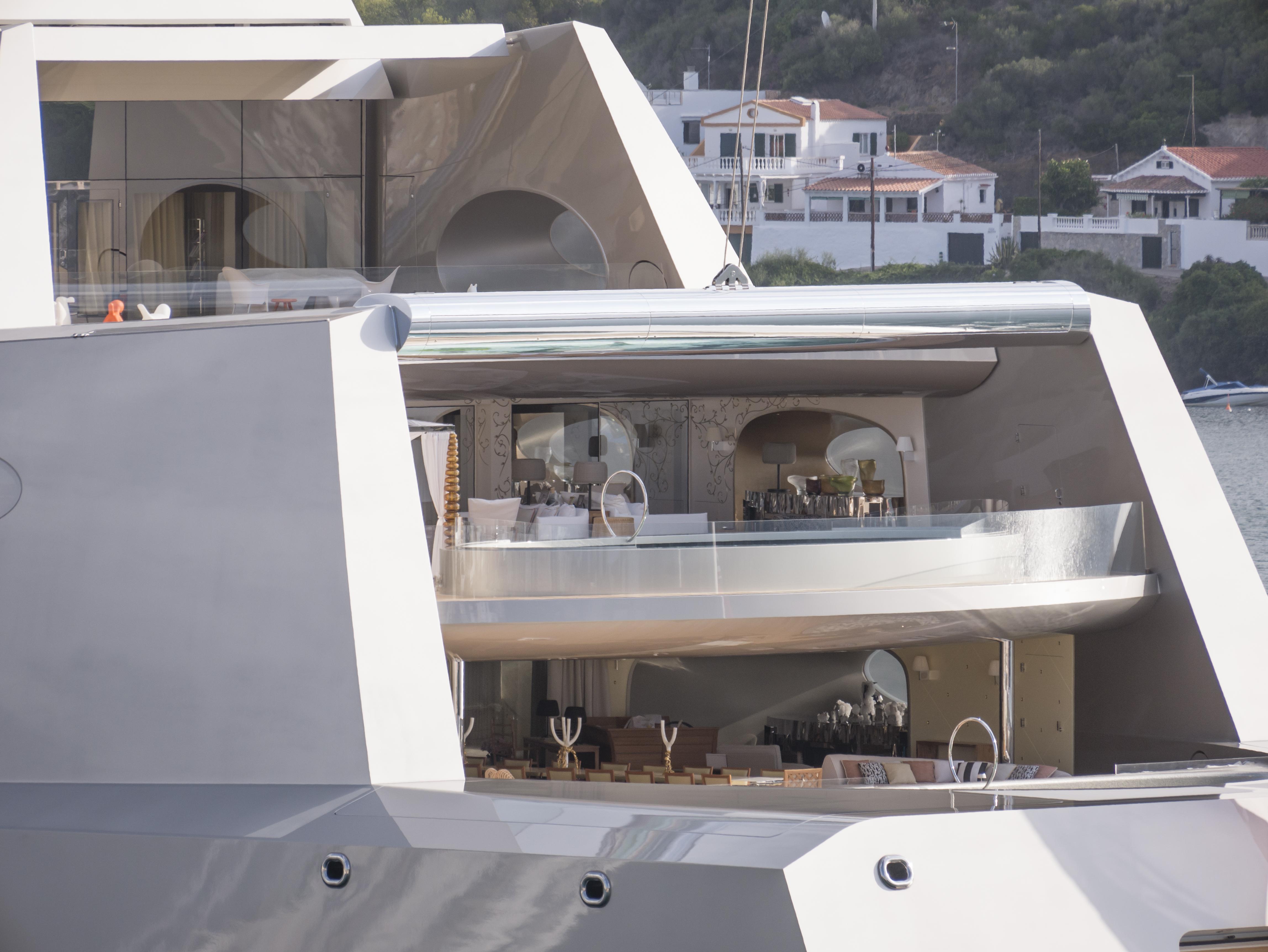 The vessel boasts an impressive multi-level deck for dining 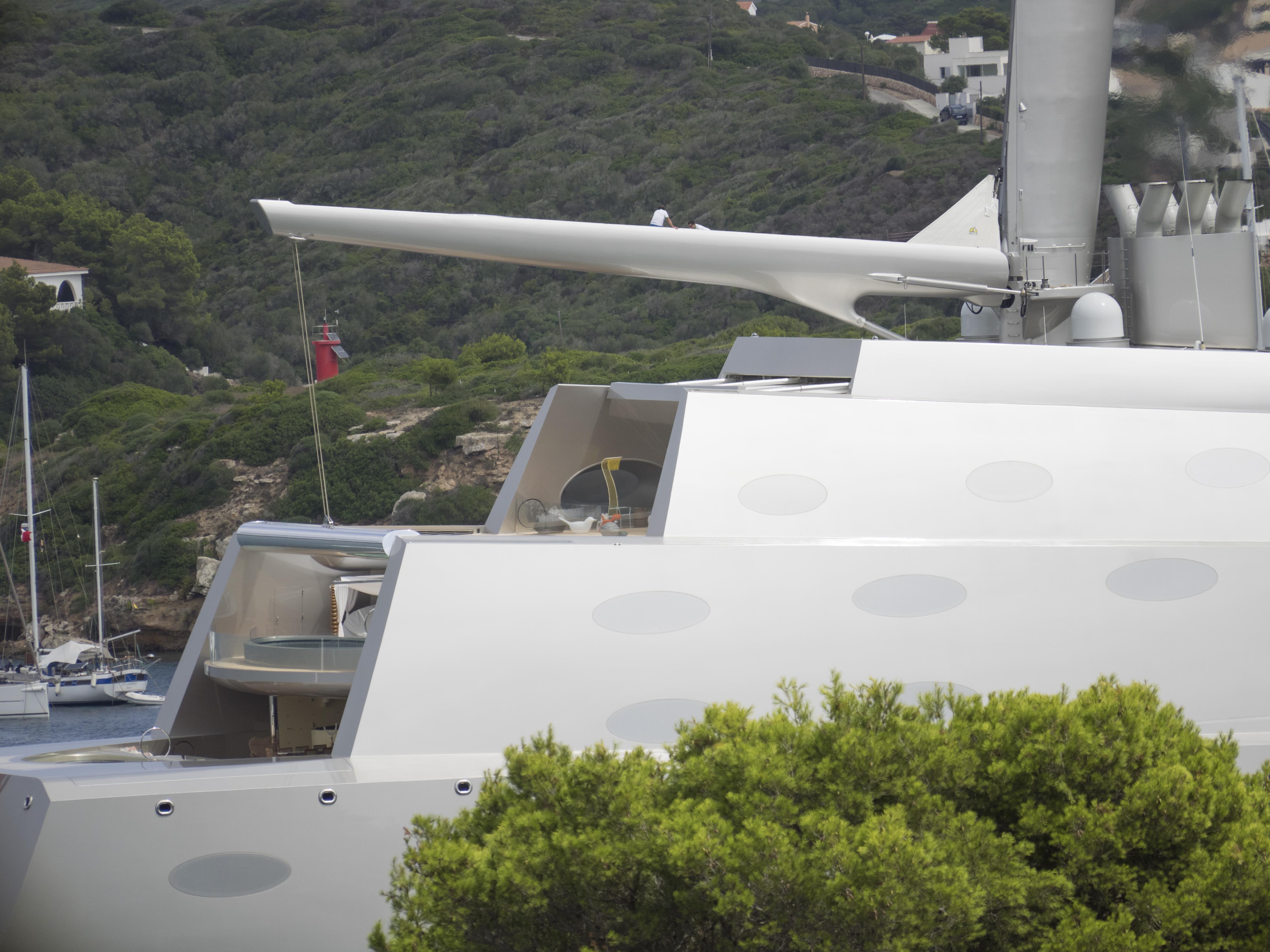 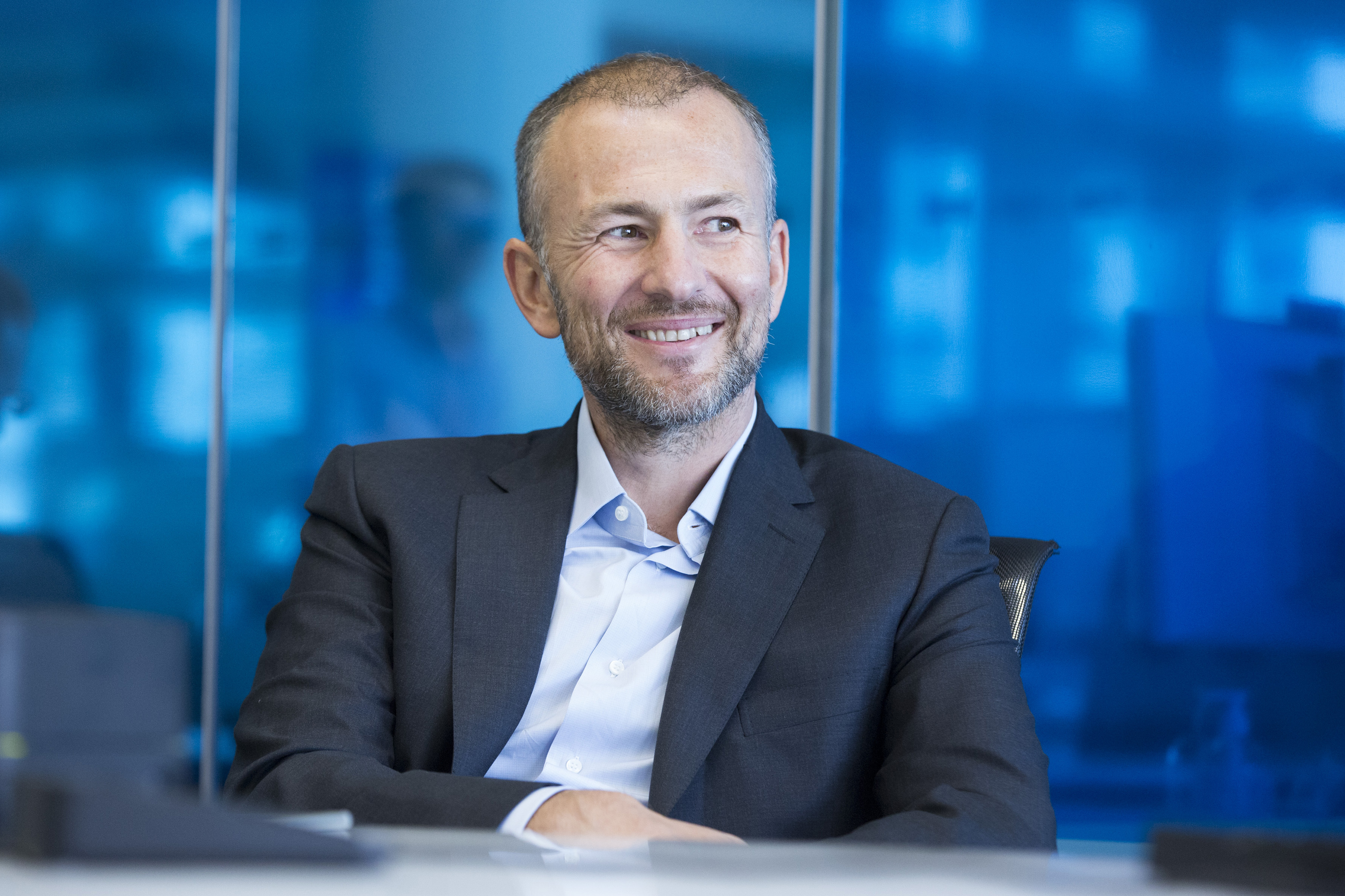 The Russian made his billions founding the fertiliser producer EuroChemCredit: Getty Images – Getty